The Dolomites UNESCO are part of the Southern Alps and are striking because of their unique pale Dolomite rock. Geographically they straddle the borders of three Italian provinces: South Tyrol, Trentino and Belluno. The characteristic rock of the Dolomites consists of fossilised coral reefs formed during the Triassic Period (around 250 million years ago) by organisms and sedimentary matter at the bottom of the ancient tropical Tethys Ocean. The Alps arose as a result of the collision of the African and European tectonic plates, forcing the rocks at the point of impact to soar skyward. The western part of the Tethys Ocean which formerly divided these two continents disappeared. The Dolomites became mountains.

The mountain range and its characteristic rock take their name from the French geologist Dèeodat de Dolomieu (1750-1801) who made the first scientific study of the region and its geology. Before him the mountains were widely called the "Monti pallidi" - "Pale mountains".

True hospitality and the charm of a homey atmosphere
characterizes our fine little hotel. Let all your senses come
to life in this oasis of tranquility for lovers of nature and good cuisine.

Feel like a holiday steeped in nature
with a breath-taking view of what may be the most
beautiful mountains in the world? Inquire now! 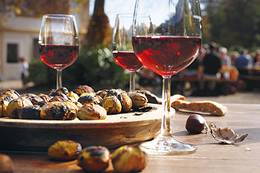 Autmn Hiking on Ritten on the Keschtenweg and the Rittner Horn

This is what you can look forward ... 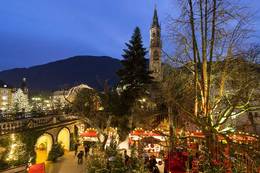 Short Stay Package on top of the mountain

This is what you can look forward to: